Good News
Home›Good News›World Autism Day – How an 11 year old boy went from not speaking by age 4, to Student Councillor at his school

World Autism Day – How an 11 year old boy went from not speaking by age 4, to Student Councillor at his school

When Kylee Matson discovered her son Oakley was on the autism spectrum, she made a vow.

“I promised myself that I would do everything in my power to give him the chance to be his best.”

“I am a strong advocate for early intervention and also for teaching peer sensitivity.”

With his mum by his side, Oakley – who was non-verbal until the age of four – has achieved great artistic success.

He’s also gained the acceptance in his school community, which overwhelmingly voted him in as Student Councillor at the age of 11.

Kylee is now inspiring hope in other families as an author. 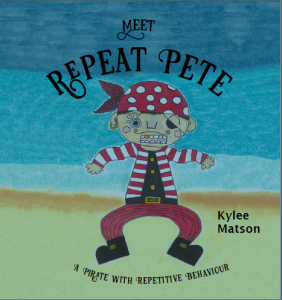 Part of a series of children’s books, Repeat Pete, a Pirate with Repetitive tells the story of a pirate who is teased and mocked by his fellow crew members.

When Repeat Pete jumps overboard and swims to an island he finds understanding and acceptance among the residents, several of whom have some quirky behaviours of their own.

Amazing Smart Kids founder Suzi Atwell said the Autism Spectrum Disorder (ASD) community was excited by Kylee’s book as there were few children’s books on stimming (behaviours such as hand flapping and rocking) and repetitive behaviour.

“Kylee has done an exceptional job on depicting what it feels like to be affected by ASD,” Mrs Atwell said.

“What is particularly endearing is Kylee’s son drew the pirate character at the age of five.

“Based on Kylee’s great success in teaching the school community about her son and the evident acceptance that has been achieved, we believe that our aim of building a strong community that focuses on understanding unique differences and advocating acceptance starting at a young age, is vital for the future that awaits the world.”

The Hottest Wheels In Town