The Secret to Success in the Workplace – Your Image + Mindset

It’s a common misconception that if you look good you can’t be that smart but according to the experts nothing could be further from the truth.

International image consultant and personal brand coach Alba Gomez said image is an integral part of your personal brand and speaks volumes about you.

“55 percent of first impressions are based on what we see, humans are incredibly visual if we don’t like the look of the food put in front of us we won’t eat it,” Ms Gomez said. 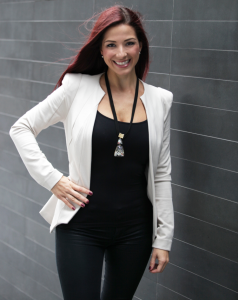 “Your image tells a story about who you are and if it’s not authentic and powerful people won’t want to do business with you,” she said.

“But it’s not only about image, having a powerful mindset and how you communicate is as important.”

“People need to think of themselves like a popular and credible brand such as Apple, it’s consistent with great technology, easy to use and it looks good.”

“It’s the same for your personal brand, consistency is key, if you are intelligent and capable but you don’t look the part chances are you won’t get that promotion.”

“I have clients that are trying to climb the corporate ladder at work but have been told they need to develop their image to take it to the next level.”

“When you are relating to CEO’s and managers you need to be seen as a woman who is intelligent and capable but who also commands respect and you can do that by getting your image, mindset and body language aligned.”

“A recent Harvard study found the reason women weren’t being promoted was because they lacked confidence, their boss believed in them, but the women did not believe in themselves.”

“In Colombia woman are equal with men, but culturally here and in other parts of the world women often feel that they won’t be taken as seriously as a male colleague.”

“When I came to Australia I brought with me my Colombian mentality and I managed to get a management role in a Japanese company that had never had a woman in a position of power before in their Australian office.”

“If you believe in yourself, dress for the position you want and walk tall into a room with confidence and the world is your oyster.”

“Women think if they look too good it will diminish their intelligence, but that is ridiculous.”

“Now in this fast-paced world with such an online presence, elements like image and self-confidence are crucial in getting ahead and you must stand out and have an edge otherwise you will miss opportunities.”

“Your personal brand is you, so your mindset, communication and image need to be consistent and congruent because consistent brands are the ones that are trusted, and they get to command more money.”

For more information about how to become successful at work visit Alba Gomez.

How to Have Great Eyelashes This Party ...

The Summer Solstice…The Longest Day Of The ...