People
Home›People›The Real Tiger King Is In Cambodia, and He’s Reintroducing Tigers To The Wild

The Real Tiger King Is In Cambodia, and He’s Reintroducing Tigers To The Wild

The real Tiger King will soon be reintroducing tigers to the wild, according to For the Animals founder Rebecca Tilbrook.

Ms Tilbrook said Nick Marx, who is the Wildlife Rescue and Care Director at Wildlife Alliance, was tiger royalty with his cutting-edge conservation work in Cambodia.

“It’s never been done before and it is quite ambitious, but with the right selection of tigers, it could be a way for them to repopulate in the wild,” said Ms Tilbrook. 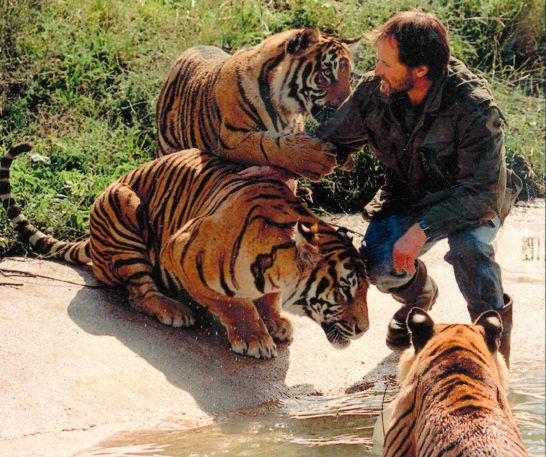 Nick Marx with tigers at Howletts in the UK.

“Nick has rescued and raised many tigers that were victims of wildlife trafficking in Cambodia.

“The tigers are kept in large natural habitats with little exposure to people.”

Nick Marx began his career with animals at Howletts in the UK.

“I find it abhorrent that criminals are allowed to make a living exploiting these critically endangered animals,” said Ms Tilbrook.

She said she hoped the popularity of the show and the controversy surrounding tigers in captivity would motivate people to do something to help. 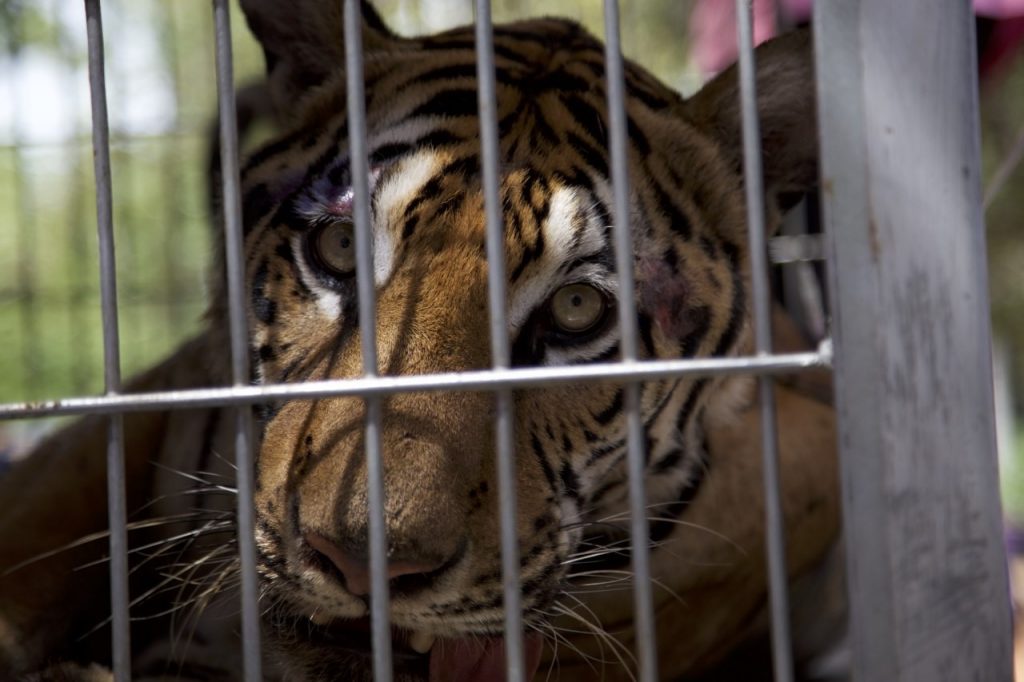 Photo courtesy of Freeland, who rescue tigers from trade networks.

“There are people and organisations that are doing wonderful things to help tigers and I hope people start to support them instead of the backyard zoos,” said Ms Tilbrook.

“For example, Steve Galster, from Freeland, has brought down criminal trafficking rings that sell tiger parts.”

Based in Western Australia, Ms Tilbrook’s charity For the Animals works with leading anti-trafficking organisations Wildlife Alliance and Freeland, both in Asia.

Rebecca Tilbrook with a rescued tiger.

She used to work in Washington DC where she presented to Congressional subcommittees on the dangers of wildlife trafficking. In 2001, in the wake of September 11, she changed careers from international trade to conservation.

“At the heart of the wildlife trade problem is consumer demand,” said Ms Tilbrook.

“The problem exists because there is a tremendous amount of money to be made from those who demand wildlife products for consumption, medicinal or ornamental uses,” she said.

“Many animals, such as tigers, are seen as status consumables.

“My hope is that COVID19 has brought awareness to the world that wildlife trafficking is not just dangerous for the environment, it is very dangerous for human beings’ health and economic security.

“We must address the problem now or face even more dire consequences in the future.”

For the Animals supports several projects at the local, national and international levels to improve enforcement of laws related to trafficking wildlife and the destruction of habitat.  They also operate rescue, rehabilitation and release projects for victims of wildlife trafficking and create jobs for poor communities living near protected habitat.

For more information visit For the Animals.