Local businessman Jonathan Huston’s passion for safety has seen establish a foundation to distribute hard hats and vests to workers on building sites in Bali and East Timor, who are in desperate need of safety gear.

While Australians love to stay in luxurious Bali hotels and villas, the fact that safety standards in Indonesia are lower than Australian standards mean many of the people who built those hotels are at risk of serious injury.

The Hard Hat Foundation was established in 2016 with the ambition to provide a construction safety helmet to every worker on the planet who needed one, beginning with Australia’s neighbours in Indonesia and East Timor. 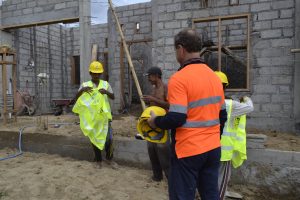 It has already given out nearly 1500 hard hats to workers in the areas, as well as distributing hi-vis vests.

“The safety standards in Indonesia aren’t as stringent as they are in Australia, so those working in the construction industry are often put at significant risk,” said Mr Huston.

“Giving out hard hats to workers in need is a small gesture that can make a huge difference,” he explained.

“They were wearing dark clothes and traffic was flying past – we gave them hi-vis vests for protection.”

“Something like that can make a huge and potentially life-saving difference.”

Mr Huston said the hard hats would prove useful for a number of reasons:

When I’ve been to Indonesia, I’ve often been aghast at the safety standards I saw up there,” said Mr Huston.

“So far we’ve given out nearly 1500 hard hats and 1000 safety vests to try and alleviate the problem.”

“And while they will help in the short term, what’s most important in fixing the issue is that supervisors and superintendents have the proper education so they can build awareness of safety procedures with their workers.”

Mr Huston is the owner and manager of Training Course Experts, which conducts training safety courses around Western Australia. Workplace safety is of paramount importance to him.

You can see the work the Hard Hat Foundation has been doing on their Facebook page. 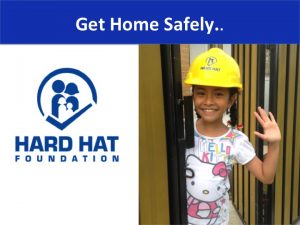