How the beauty industry needs to go green

In keeping with the trend towards non-toxic beauty, we’re now being called on to think twice about waxing our eyebrows because of the huge amount of wax that goes into landfill.

Perth beauty experts Riz and Sandrine Syed say their salons alone could produce around 7.4 tonnes (that’s the size of two large hippos) of single-use wax waste each year. Most wax goes into landfill – and most doesn’t break down for countless years.

Across Australia that could be as much as 5600 tonnes a year in wax.

“Non-toxic beauty is more than a trend – it’s a health and environmental issue,” said Mr Syed who owns Zubias Threading.

“We’re calling on environmentally conscious women and men to think twice about waxing and consider an eco-friendly alternative,” he said.

“When people get their eyebrows waxed, what happens to that wax?” 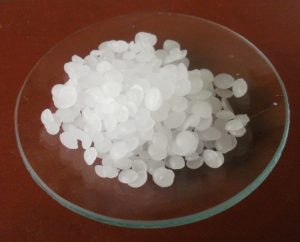 “Most goes into landfill. Some will eventually break down, some won’t. And if it’s petrochemically derived (paraffin wax) that’s even worse.”

The timely call to ditch single-use wax comes just after the July ban on single-use plastic bags in Western Australia, Queensland and Victoria.

Mr Syed has done his background work – he crunched the numbers of customers visiting his 30 Perth-based hair removal salons, with online waxing data, showing it takes 15grams of wax per eyebrow.

He then worked out just one of Zubias’ salons would throw out around 250kgs of potentially harmful wax each year – the equivalent of three averaged sized men.

“That’s just one salon so extrapolate that to beauty salons across the globe – that’s a lot of wax,” said Mr Syed.

“That’s not even taking into account wax for the upper lip and chin, wax remover and sanitiser chemicals.”

Wax can be made from beeswax, plant waxes and paraffin (petrochemically-derived). The extraction and production of petrochemicals is generally polluting, though plant or bee-derived alternatives are not without their own environmental impacts.

Wax is hard to wash away, so applicators and strips tend to be thrown out, adding to the waste sent to landfill.

The all-natural cotton thread used by Zubias staff to remove eyebrow and other facial hair, breaks down.

“The thread is twisted around individual unwanted hairs which are then pulled out from the follicle quickly,” said Mrs Syed.

For more information about Zubias, visit them here.

The Future of Philanthropy … How Millenials ...

From Outcasts to Rockstars… When Did Psychics ...