Just seven months ago Elaine Corcoran was sitting in a doctor’s office being told she would never be able to get pregnant because of stress induced epilepsy-related seizures which had plagued her since a 2005 snowboarding accident.

After years of specialists and medication, and lots of disappointment, she was told to come to terms with the idea that children were not in her future.  Additional health complications meant that IVF was not a viable option either. 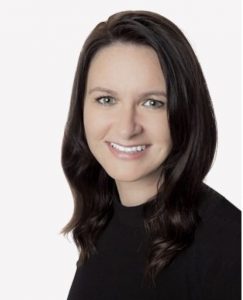 “The Doctor told my husband and I that I would not be able to conceive, let alone carry a child. This was the sixth doctor to tell us this.  What no one realised, including me, was that I was already five weeks pregnant – while I was being told I could never have children,” said Elaine.

“I’d been through years of treatment for stress induced epilepsy-related seizures because of a snow-boarding accident I’d had on holiday in France 14 years earlier,” she said.

“I fell on packed ice and hit my head but I had no idea how severe the injury was until I got back home to Ireland.”

“The flight home was so painful,” she said. “It was only when we went to the hospital on the way back from the airport that I found out I had a fracture at the back of my skull.”

“Two years later, the seizures started and continued for the next three years.”

Elaine had developed a form of epilepsy resulting from the accident, with her seizures being triggered by stress, so embarked on trying to find a therapy that would work for her.

After trying a range of treatments and solutions, many of which she was told would affect her ability to conceive, she eventually decided to try something new.

“I moved to Australia for a more relaxed lifestyle and changed my diet and exercise,” said Elaine.

“I was extremely fortunate to have access to knowledgeable neuroscientists, neurosurgeons and neurologists in the area, and  when I started learning about, and  integrating Neurofeedback,  I really started to see changes in my stress levels, and in turn my seizures.”

“It was so effective that I’ve been seizure-free and medication-free for several years now.”

Neurofeedback is a specific form of brain training that involves detection of inconsistent or abrupt changes in electrical activity in the brain, such as that of a stress response and provides corrections in real time to help train the brain to improve the way it functions.

With a background in Psychology, Elaine was so impressed with the impact the technique had on her own health that she’s launched her own clinic in Perth bringing it to others. 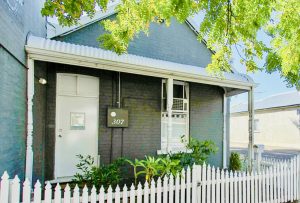 But that’s not the only difference Neurofeedback has made in Elaine’s life. The chance to become a mother has changed her life.

Elaine is now seven months pregnant and looking forward to her first child with her husband, Ronan.

How Medical Trials Can Earn You Big ...