After years of record lows, the tide is starting to turn in Western Australia, and investors are in the prime position to strike.

WA has turned the corner with the economy returning to growth and all signs pointing to a bright future.

The biggest change in the outlook has been the rise in the state’s population growth.

After a 60,000 drop in 2015, West Australian annual population growth is rising again, with repeated climbs in recent years.

The population of the Perth and Peel region in 2010 was approximately 1.65 million. That is expected to exceed 2.2 million residents by 2031. 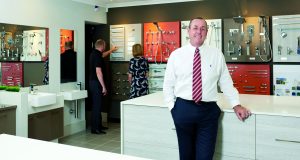 It’s a marked change from the doom and gloom that has existed for the past few years, and Gemmill Homes Managing Director, Craig Gemmill is predicting good times for the market.

“This is the first step in the recovery of Western Australia,” Mr Gemmill said.

“It’s really exciting, as there’s two real positives that come out of the population growth,” he said.

“Existing housing stock get soaked up. That affects supply and people then go to the next level of pricing or they build. It will really stimulate the market.”

Another significant factor in the brighter outlook for the state is a sharp decline in vacancy rates.

They have seen a considerable drop after topping out at 7.3% in July last year.

Stabilisation has been followed by four consecutive quarterly falls and Real Estate Institute WA figures show the vacancy rate has dipped to 3.9%, a level last seen in 2015.

“It has happened so quickly. Yesterday we were all saying it was all doom and gloom, but vacancy rates have dropped considerably in just a year,” Mr Gemmill explained.

“When people were leaving the state, it became a tenant’s market, due to the number of properties that were available,” he said.

“Now, we’re seeing things going back more in favour of the landlord, so it is a great time for investors. In this market where interest rates are low, you can get a great return of investment.

“We’re going into an upswing in the cycle and it’s a great time to invest in the market.”