Darren Lomman started GreenBatch two years ago after being shocked at discovering WA’s lack of plastic reprocessing, and says he had to get creative with his fundraising approach.

“Rotary can be a powerful tool for young people to get social projects off the ground,” said Mr Lomman.

“The stereotype surrounding Rotary is changing, with it no longer being considered only an organisation for socially and financially elite older men,” he said.

“The Rotary network is huge, it’s powerful. If Rotary comes together and actually backs a project it can make it happen,” he said. 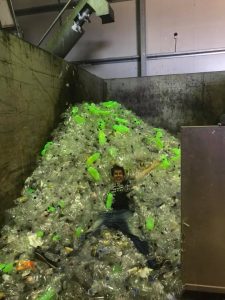 Mr Lomman said he’d originally planned to have a small laboratory which made a few hundred rolls of 3D printer filament from recycled bottles a week.

But the project has had so much public support, it now has a plant which will reprocess 300 kilograms of plastic an hour and staff are looking at the possibility of reprocessing all of WA’s PET plastic.

Mr Lomman received Rotary grants and volunteer help with his first charity – the Dreamfit Foundation – which engineered equipment for people with disabilities and earnt him Young Australian of the Year in 2007.

He has now joined the Rotary Club of Perth and wants to harness its power to get clubs across the State to raise at least $150,000 to go towards equipment.

“Rotary is just one massive huge family. Every company in Perth probably has someone in it that’s a Rotarian or has a connection that is a Rotarian,” said Mr Lomman.

“When you think of End of Polio, Rotary got behind that project and they’ve now pretty much eradicated polio. Rotary can do huge things,” he said.

He is not the first young person to work with Rotary as a force for civic good. The Rotary Club of Crawley alone has had all four Young West Australians of the year from 2011-2014 as youth scholars at the club.

“Most people don’t even know that our plastic is not being reprocessed,” he said.

Mr Lomman said that people liking, sharing and commenting on posts on the GreenBatch Facebook page was a powerful way for him to show ministers and the Premier that the public want plastic reprocessing in WA.

“There’s now thousands of people rallying behind GreenBatch, and that’s very powerful when dealing with government or our partners,” Mr Lommann said.

“It’s not me, it’s the masses of people that are echoing what I’m saying, and that doesn’t cost anything,” he said.

For more information or to donate to GreenBatch click here

To find out more about Rotary clubs in Australia click here 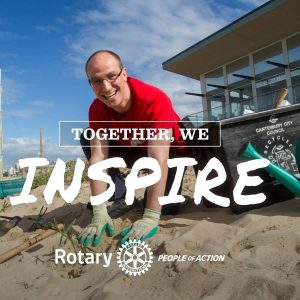 How Community Gardens Can Bring Back the ...

How to Increase Your Chances of Getting ...