A high-profile Australian radio broadcaster diagnosed with bipolar disorder two decades ago is offering hope to others suffering from mental illness – assuring them recovery is possible. 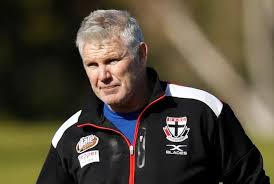 “Danny had spoken publicly about his battle with the ‘black dog’ and many around him had assumed that he had fully recovered, and his mental health had returned, and he was in a good place,” said Mr Hamilton.

“He was a member of the hugely successful AFL program ‘Bounce’ on Fox Footy and was for all intents and purposes the life of the party,” he said.

“We now know Danny Frawley finally succumbed to depression and his death rocked his family, close circle of friends, the Australian sporting community and in particular his many fans in the AFL.”

Mr Hamilton said he had walked the same line of mental illness as Danny Frawley.

“My experience with mental illness was raw, confronting and traumatic. It’s the most challenging thing I’ve faced in my life,” said Mr Hamilton.

In 2000, on the eve of the Sydney Olympic Games where Mr Hamilton had been assigned to work as a broadcaster, he experienced a psychotic episode and was diagnosed with bipolar disorder.

He spent 12 days in hospital and, since his recovery, has become one of Australia’s most high-profile speakers on mental health and lifestyle.

“Let me assure you that recovery is possible, and my story has always been about inspiring the next individual, their family and their friends,” said Mr Hamilton.

“Stigma has been rife around the issue of mental illness for many years,” he said. 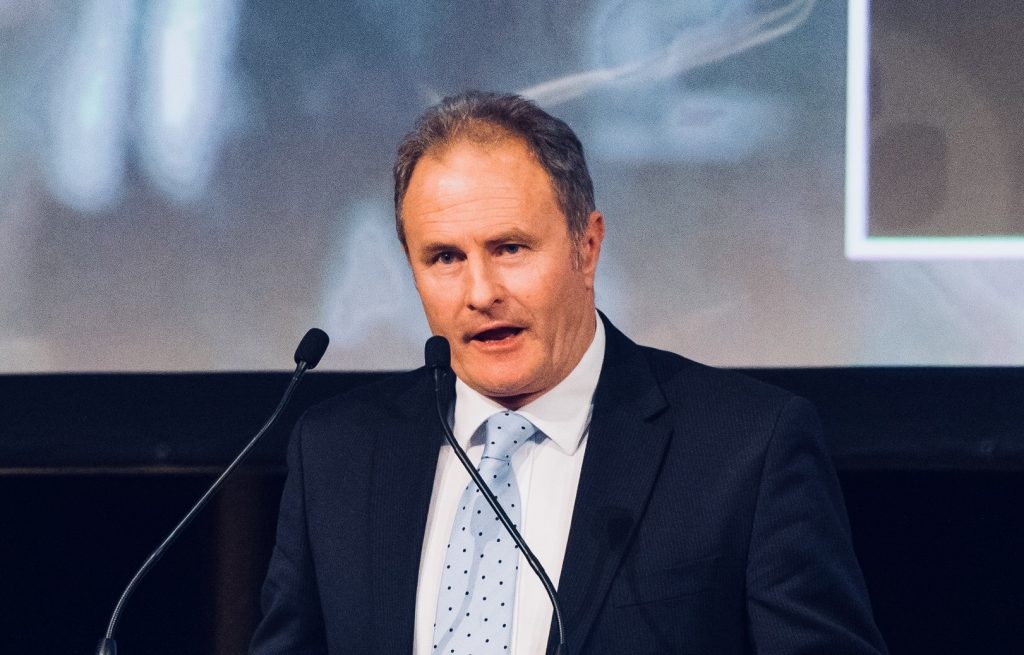 “It needs to happen and although the stigma that surrounds mental illness is fading, it’s still there,” said Mr Hamilton.

“It took me a couple of years before I even contemplated the idea of speaking publicly and telling my story publicly about my battles with severe depression the most common form of mental illness,” he said.

Even after Mr Hamilton was asked to write a book, three years after his initial breakdown, it took him at least a year to come around to the idea.

“There’s still such a stigma around any type of mental health issue and 20 years ago when I became mentally ill it was definitely a no-go zone as there was family members to consider even if I was comfortable in going public,” said Mr Hamilton.

“One of the reasons is very altruistic, I do want to make a difference, I do want to help the next family, the next person, because there’s no real tool-book with this stuff.” 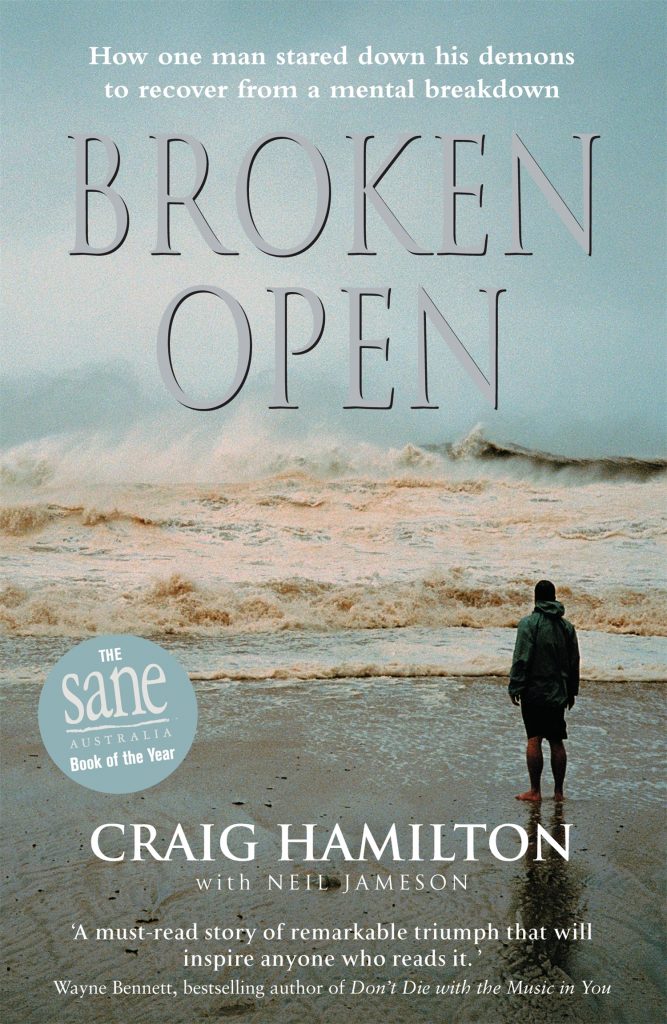 But having spent the past decade thinking more about the reasons for writing his two books Broken Open and A Better Life, Mr Hamilton decided they were written for himself. 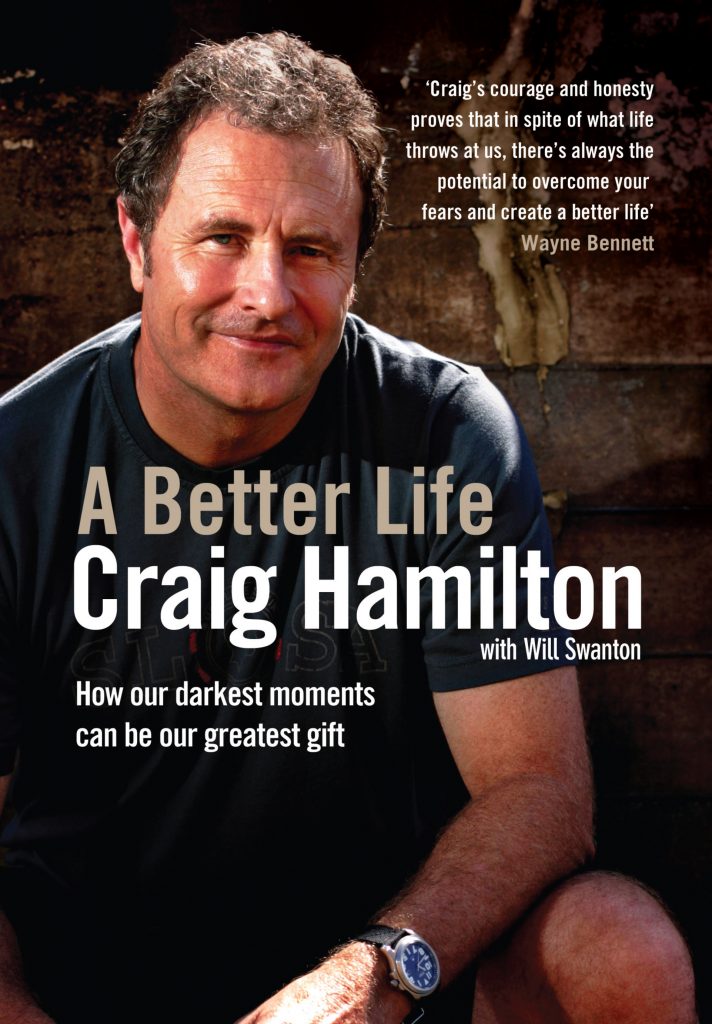 “As selfish as that might sound, it was extremely cathartic to get it onto paper and was definitely part of the healing process,” said Mr Hamilton.

“You can move through it and move past it and look back at the experience very much from a perspective that this doesn’t touch me anymore,” he said.

“It was important to deal with my own issues before trying to help others. You can’t help someone else with something unless you’ve sorted it yourself.

“Particularly with bipolar disorder and the massive highs and lows that go with it, it’s a management thing, you’ve got to manage it.”

“Some of the strategies that I’ve found helpful are getting plenty of sleep, minimizing alcohol consumption, eating well and alternative therapies such as reiki, massage and acupuncture,” said Mr Hamilton.

“It took time to recognise the warning signs of the illness. It’s taken a good while for that insight to come and you get to know yourself better,” he said.

“The trick is the high, because in the early stages of becoming elevated in your mood you feel great, and you don’t sense there’s a problem and you don’t see yourself winding up and getting towards the stage where you may become manic.

“Believe me, no-one goes and sees a doctor when they’re high. You feel better than good, but the price you pay during and on the other side of that is not worth it.

“After highs, the depression that follows is truly awful so I recognized (after a good while I might add) that when you sense the signs of that manic state approaching you can “nip it in the bud” by slowing down, meditating, avoiding stimulants like caffeine, and doing yoga or literally taking your shoes off, walking on the grass to ground yourself.” 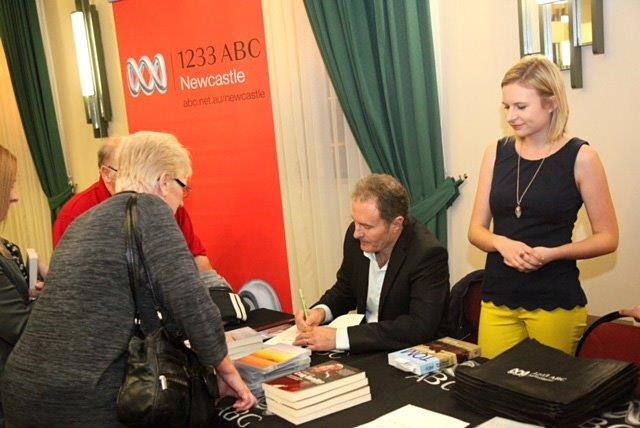 However, Mr Hamilton said the very nature of bipolar disorder meant there were still no guarantees that a manic episode could be prevented.

“Manic episodes and the crippling depression that usually follows can we so hard to manage it can leave you significantly debilitated,” said Mr Hamilton.

“It’s not until you experience these episodes that you truly get an understanding of how hard the road can be,” he said.

“I still believe there is so much more to learn about how our brains process things and the impact trauma, both emotional and physical, can impact on our mental health.”

Mr Hamilton believes the issue was one for the whole community; individuals, families, friends, workplaces and sporting clubs.

“It’s not just Danny Frawley that’s inspired me, although the outpouring of public emotion after his death was certainly at the forefront of my mind,” said Mr Hamilton.

“Believe me, there’s always a road back.”